CVRep’s final play of the season is an all-around winner. Under the sharp, skillful and inventive direction of Michael Matthews, GOOD PEOPLE, written by the extremely talented David Lindsay-Abaire, provides one of the most entertaining, stimulating and emotionally satisfying evening of theatre I have seen in some time. The play looks at not only the desire but the seemingly impossible to avoid roadblocks many people encounter along the path to becoming one of the ‘haves’ rising Phoenix-like from the ashes of the ‘have-nots.’ See, life has a way of not always making it as simple as ‘just do it.’

Margaret Walsh (Reamy Hall), who usually goes by Margie, is a single mother of a 20 yr. old child with severely reduced mental capabilities.  Her boss, Stevie (Erik Odom) has to fire her for her frequent lateness due to the needs of her daughter.  So, Margie is, once again, out of a job. This time it’s from a convenience store in Southie, the relatively poor southern part of Boston.  She also happens to have grown up there and still lives there.  To her way of thinking it is a trap that tightly keeps its hold on you and offers no real chance of escape.  Except one person she knew and loved in her youth did escape: Mike Dillon (Michael Matthys).  Only he has returned and now is a successful doctor living in the very posh Chestnut Hill section of Boston.  So, Margaret decides to pay him a visit at his office and see if he has any kind of work available that she could do.  Mike is, at best, elusive and clearly doesn’t want to have this conversation.  Margie then contemplates blackmailing the good doctor, urged on by her two friends Dottie (Barbara Gruen) and Jean (Candi Milo) with juicy info she has picked up here and there.

Much of the second half of the play takes place in Mike’s elegant home. After securing an invite to a party being thrown by Mike’s wife, Kate (Nadege August), Margie shows up at their front door. Kate is quite taken aback, since the party had been cancelled due to their daughter not feeling well. But ever gracious (maybe just a bit too much so) she convinces Margaret to stay anyway.  At the risk of saying spoiler alert repeatedly for the rest of this review, suffice it to say that revelations which twist the plot in several new directions pop up throughout the act which ends on an optimistic if not guaranteed note that Margie will somehow persevere.

The entire production deserves major kudos.  The cast is flawless. Those that have the classic Bostonian accent do so naturally and consistently. As her two closest buddies, Ms. Gruen and Ms. Milo provide plenty of laughs as they offer their opinions on, well, everything.  Although not a large role, Mr. Odom registers the requisite distress in following his orders to fire Margie while wishing he did not have to do so.  He also has a nice moment in the final scene with one of those many surprise twists previously mentioned.

Mr. Matthys makes Mike a man desperately trying to forget his past even as it keeps chasing after him.  Although his behaviors are not always the best example of humanity, he never lets his Mike become unlikeable or worse, a villain.  He shows the determination in breaking free of the cliches so easily used as excuses for failure.

As his wife Kate, Ms. August is nothing but sensational.  Her big scene in the second act is at once VERY funny (who wouldn’t laugh at a giant platter of cheese?) and quite touching as we see the building urgency in her need to know something…..anything……about her husband’s formative years; a subject he avoids like the proverbial plague or, even worse, tells reworked versions of true events. Still, she is fighting to make the marriage work even as their therapy sessions don’t seem to be making too much of a dent in their problems.  It should be noted that Kate is African-American but part of the playwright’s brilliance can be seen in his decision to NOT make their marital issues race related.  Instead they are far more about universal interpersonal issues than inter-racial ones.

Last, but certainly in no way least, is the very layered, thoughtful and touching performance given by Reamy Hall as Margie.  This is a woman who is filled with contradictions.  Her motives are not always that of a “good person” and sometimes even a bit Machiavellian.  And yet, Ms. Hall keeps us rooting for her as she makes decisions good and bad and navigates through them so that we believe she will, to quote the MARY TYLER MOORE show, make it after all.

Jimmy Cuomo’s set is spot on perfect.  While always maintaining an urban feel, it changes from locale to locale with a fluidity and simplicity that makes the design all the more impressive.  Moira Wilkie Whitaker’s lighting design is a beautiful compliment to Mr. Cuomo’s set as it subtly shifts the focus and mood.

GOOD PEOPLE made me sad because I will now have to wait until the Fall to see the next CVRep production. Don’t miss this one!

GOOD PEOPLE plays through May 19, 2019 at CVRep’s beautiful new home in the old IMAX Theatre.  For tickets or for more information go to CVREP.org 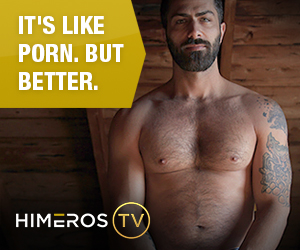