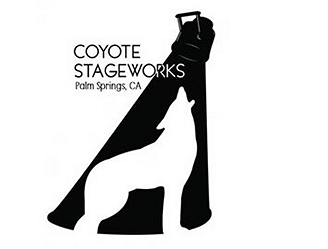 Coyote StageWorks, the Coachella Valley- based award-winning Actors’ Equity professional theater company, announced that it has added three more FREE plays to its popular free “Play Dates” Reader’s Series. Play Dates is a free Educational Community Outreach Program that features fresh or classic, compelling scripts read by new and established actors and are offered at the Camelot Theatre/Palm Springs Cultural Center. The upcoming new Play Dates are “Eugene Walter At Large” (a new, original work) on December 16, “Lips Together, Teeth Apart” (a revisiting of a modern classic on the 25th anniversary of its original Off-Broadway production) on February 24, and “A Doll's House, Part 2” (a 2017 Tony Award winner and recently listed as “The most produced play of the season in the US.”) on June 2. All events start at 2 PM and are free and open to the public. Tickets are available on the day of the reading at the Palm Springs Cultural Center/Camelot Theatre on a “first-come, first-served” basis.

The Play Dates series is a chance to explore plays not often seen in the Coachella Valley that Coyote StageWorks feels should be heard or revisited. These thoughtful and thrilling play readings enable Coyote StageWorks to present interesting and compelling works that would normally be too cost-prohibitive to produce, and enables the theater company to explore the works for possible Main Stage productions. The series was launched in 2013 with Laurence Luckinbill performing “Clarence Darrow Tonight!”
Last season, it was nominated for 15 Desert Star Awards and won for “The Velocity Of Autumn” (Outstanding Production, Staged Reading) and “The Understudy” (Outstanding Direction, Staged Reading, Chuck Yates). “The Understudy” was so well received that Coyote StageWorks included this production as the opening play of its tenth Main Stage season. Laurence Luckinbill's “The Abraham & Larry Show” played to a standing-room only crowd in June. The Play Dates series is generously underwritten by John P. Monahan and sponsored by The Palm Springs Cultural Center/Camelot Theaters and The Monkey Tree Hotel.

Providing these for free to the community is our way of giving back to the many people who have supported us through the years, and exposes our audiences to many different theatrical voices and plays.”

In addition, the Coyote StageWorks Main Stage theatrical season continues with “Honky Tonk Laundry” by Roger Bean. This new musical from the creator of “The Andrews Brothers” and “The Marvelous Wonderettes” will run for nine performances from February 1-10, 2019. The tenth anniversary season will conclude with a production of “Greater Tuna” by Jaston Williams, Joe Sears, and Ed Howard. This popular play about a small Texas town is the production Coyote StageWorks first mounted ten years ago. It will run for nine performances, running from March 22-31, 2019, and will attempt to “Make Tuna Greater Again.”

Tickets for Coyote StageWorks’ staged productions are $45 – $55 for matinees and $50 – $60 for evening performances. A Q&A session with cast members will follow Thursday matinees and each Play Date. To purchase individual tickets or subscriptions, call 760- 325-4490 or visit annenbergtheater.org. For group sales, call 760-318-0024.

About The Play Dates Series

“Eugene Walter At Large” illuminates one of America's most unique literary voices, Eugene Walter, a man who George Plimpton called “the most famous writer you've never heard of.” Walter met and forged friendships with contemporaries such as Truman Capote and Harper Lee. In New York in the late 1940's, Walter took art classes with Andy Warhol, stalked Greta Garbo and was given a memorable souvenir from legendary stage star Tallulah Bankhead. In the 1950's, Walter was connected to a major literary magazine and living in France. Trading recipes with Alice B. Toklas, sharing poems with Isak Dineson and Allen Ginsberg, championing new works by Muriel Spark and Gore Vidal, Walter was in the center of the literary expatriate community in post-war Paris. Moving to Rome put Eugene in the center of the golden age of Italian cinema where he worked in front of and behind the camera for legendary filmmakers including Franco Zeffirelli and Federico Fellini. His legendary parties were populated with friends like Anna Magnani and Leontyne Price. Perhaps his most famous party was for iconic film star Judy Garland shortly before her untimely death. Playwright and actor Joel Vig has put together this one-man performance as a tribute performance to celebrate this great American writer known as the Renaissance Man of Mobile.

A gay community in Fire Island provides an unlikely setting for two straight couples who are discovered lounging poolside, staring out to sea. Sally, married to Sam, a New Jersey contractor, has inherited the house from her brother who died of AIDS. Sam's hyperkinetic sister, Chloe, and her smug, aristocratic husband, John, have come out for the Fourth of July weekend. Amidst the seemingly mundane activities, it becomes apparent that the two men despise each other because John has had an affair with Sally; Sally is panicked and melancholy because she is pregnant and fears miscarriage; and Chloe seems determined to drive them all mad with her incessant babble and enthusiasm for musical comedies. Through monologues unheard by the others, the characters reveal a desperate sense of individual isolation. The only people these four characters find more alien are the gay men partying in the houses on either side of them. As they divert themselves from their own mortality with food, cocktails, The New York Times crossword puzzle, fireworks, charades, and biting jabs at each other and the boys next door, Sally and Sam and John and Chloe find little to celebrate about themselves or their country on its birthday.

In the final scene of Ibsen’s 1879 groundbreaking masterwork, Nora Helmer makes the shocking decision to leave her husband and children, and begin a life on her own. This climactic event—when Nora slams the door on everything in her life—instantly propelled this world drama into the modern age. In “A Doll’s House, Part 2,” many years have passed since Nora’s exit. Now, there’s a knock on that same door. Nora has returned. But why? And what will it mean for those she left behind? This work was nominated for eight Tony Awards in 2017. Attendees do not need to know Part One to laugh at Part Two.

Listen to the Desert X Podcast