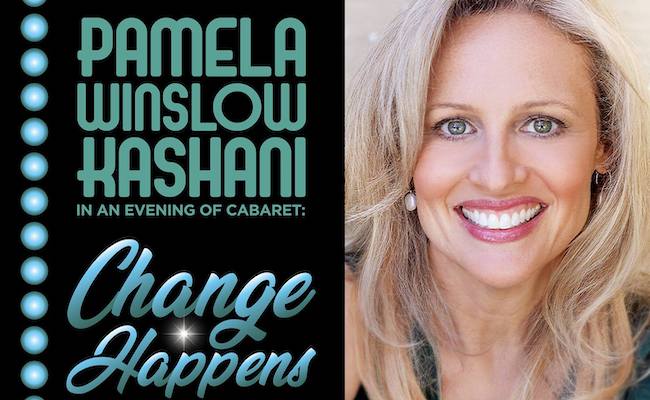 Sanctuary Palm Springs (SPS), the first of its kind home for LGBTQ foster youth and their allies in the Coachella Valley, is pleased to announce a special fundraising event on Wednesday, May 8: Tony Award winning producer, actress, and chanteuse Pamela Winslow Kashani’s cabaret show CHANGE HAPPENS. Audiences will laugh and be moved as Kashani shares her “Cinderella” story of making it to Broadway, covering how she endured the life of an actress, the ups and downs of her life in Hollywood, her quantum leap into motherhood, and her continuing quest to figure out this human life.

Pamela has appeared in and produced many significant Broadway shows. She originated the role of Rapunzel in “Into the Woods” and later appeared as Cinderella. She also appeared in the Broadway productions of “Beauty and the Beast” and “Meet Me in St. Louis.” Pamela has produced several Tony and Drama Desk Award-winning Broadway shows including “Memphis,” “Hair,” and “An American in Paris.”

This show will take place May 8 at The Club at Hotel Zoso, 150 S. Indian Canyon Drive, Palm Springs and is a benefit for Sanctuary Palm Springs. A full dinner menu will be available for purchase starting at 6:00 p.m. with the show starting at 7:30. Mitch Hanlon is Music director, with music and sound by DJ Baz.

Sanctuary Executive Director Rob Woronoff said of the event: “We look forward to a fun-filled evening with Pam. This event will raise funds for the continued benefit of Sanctuary Palm Springs residents as they make the transition out of the Foster Care system and into
adulthood. It is through the generosity of the community that we are able to continue our work. It is their compassionate support that truly makes a difference”

Why go to Vegas? The Australian Bee Gees Show brings it to Palm Springs