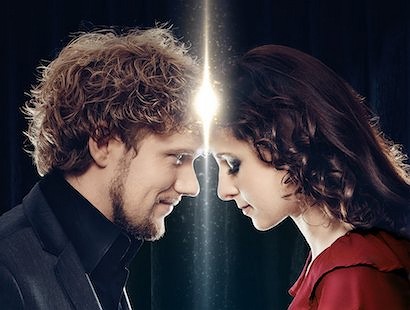 Mentalism comes to The Show at Agua Caliente Casino Resort Spa when The Clairvoyants bring their “second sight” talents to the stage on December 8, 2017, at 9:00 p.m. for what is certain to be an unforgettable live performance.

The Clairvoyants, Thommy Ten and Amelie Van Tass, originated in 2011 when the Austrian duo met and began developing their “second sight” act, which within just a couple of months they brought to the stage for the first time. The two now reside in both Austria and the U.S. In 2014, they performed in the show The Illusionarium by Jeff Hobson.  The Clairvoyants have toured the world, including Australia, Mexico and the Middle East, and in 2016, they rose to finalists out of 100,000 contestants on the acclaimed television show, “America’s Got Talent.” Van Tass and Ten have also been awarded the German Champions of Mentalism, Magicians of the Year, and World Champions of Mentalism.

Witness the unique talents of The Clairvoyants live on stage in this don’t miss stop of their current U.S. and European tour at The Show at Agua Caliente Casino Resort Spa on December 8 at 9:00 p.m. Tickets range in price from $30 to $50, depending on seat location, available online at HotWaterCasino.com or by calling (800) 585-3737.

This Weekend in #ILoveGayPalmSprings for Friday, October 13-15, 2017

For Barbara and Jerry: The Newly Independent Artists Council’s Annual Exhibition Pays Tribute to a Couple Who Means So Much to the Organization