HONKY TONK LAUNDRY
Reviewed by Stephen Radosh
For its second show of their 10th season, COYOTE THEATERWORKS presents HONKY TONK LAUNDRY at the Annenberg Theatre from now until Feb. 17, 2019.

HONKY TONK LAUNDRY tells the tale of Lana Mae Hopkins (Bets Malone) a gal who had dreams of becoming a Country Music star only to find herself stuck running the Wishy Washy Washateria (perfectly designed by Tom Buderwitz) inherited from her mother and in a less than ideal marriage to her dead-beat husband Earl.  Having fled from cheating boyfriend Danny, Katie Lane Murphy (Misty Cotton) now works at the Laundry while doing her best to hold onto what appears to be a very fragile state of sanity. As Lana says later, “Never underestimate the power of a pissed off woman on pharmaceuticals.” When Lana learns that her husband is also cheating on

her, the bond between the women grows even stronger. Lana then decides to take the plunge and try to make her dreams of a singing career come true by turning the laundry into a Honky Tonk with optional laundry service available.
Playwright/Director Roger Bean (THE MARVELOUS WONDERETTES) has put together another Juke box musical utilizing some classic country songs made famous by such stars as Reba McEntire, Sara Evans, Carrie Underwood, The Dixie Chicks, Dolly Parton, Terri Clark, Chely Wright, Martina McBride, Pam Tillis, Jessica Andrews, Trisha Yearwood, Gretchen Wilson, Patsy Cline, Tammy Wynette, and Loretta Lynn. This time around though, he is not as completely successful at integrating the songs into the story, most notably in Act One.  Act Two, which is more or less the gals in concert at their newly conceived Honky Tonk, flows more briskly than the first, as it does not have the constraint of show-horning country songs into a plot which is, to say the least, fairly thin.
But don’t get me wrong.  This in no way means the show is not enjoyable.  In fact when you give two show-biz vets like Malone and Cotton a chance to let loose with over-sized characters like Lana and Katie, lots of fun is the most likely result and the ladies deliver in spades!  Despite both characters being comprised of many southern verbal and behavioral clichés, their skill as actresses keeps the characters real and earnest and never turns them into talking and singing caricatures.  They will make you laugh-out-loud and perhaps even shed a tear or two as they strive to keep their dignity and make their dreams come true.
For tickets, visit CVRep.org or call the box office at 760-296-2966 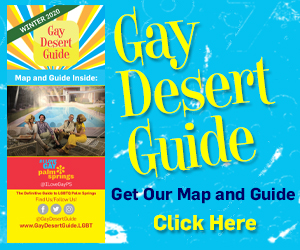