CVREP is opening the first full season in their new home with a production of Donald Margulies’s Pulitzer Prize winning play DINNER WITH FRIENDS. It’s a play that asks many questions most of which every person in the audience has asked at least once in their adult lives; questions such as “Is everything we build up, including friendships, destined to collapse under its own weight?” and the infamous “Whose side are you on?” All the questioning is triggered when one of two couples decides to get a divorce after 12 seemingly happy years of marriage.

Gabe (Scott Golden) and Karen (Jennifer Sorenson) find out when they invite Beth (Corryn Cummins) and Tom (Christopher Wallinger) for dinner in their upscale Connecticut home. Beth has arrived sans Tom. After the meal while engaged in some rather yuppified and all together pretentious descriptions of a trip to Italy and the virtues of the food there, Beth interrupts like an exploding volcano with the announcement of the end to her marriage. Gabe who had been doing much of the endless jabbering before Beth’s announcement is shocked into near silence. When Beth tells him that Tom had said “If I stay married to you, it will kill me” he is clearly baffled. Having known Tom since college, it is instantly clear that he didn’t really know his friend as well as he thought he did and it throws him for a loop. Seeing her husband’s reaction, Karen tries to assure Beth that Tom is having a typical mid-life crisis and it will all work out. But it is clear to all that nothing will ever be the same.

How our lives change course and the fallout that occurs from that change is also a major theme of the play. No matter how hard we want something and how we think our lives will unfold, it rarely does. It’s how we deal with the surprises life throws at us that determines our character and defines who we are. DINNER WITH FRIENDS is not the first play to deal with these themes but the playwright’s style of writing is such that they seem fresh, new and relevant. The play unfolds in a non-linear style so that some of the scenes are illuminated by showing earlier events in the timeline after the event itself. So we see how Tom and Beth met after we hear about the divorce. Seeing their awkward beginning allows us to see some of the differences between them which could easily become greater over time thus leading to divorce.

I have to admit that I found all 4 characters somewhat unpleasant. They are pretentious, self-centered and at times even whiny. But they still are going through a situation which none of them could have envisioned happening. The unique way in which each faces the new reality of his or her life does a great deal towards making them people with whom we can identify.

Under Darin Anthony’s direction, all 4 actors convey the personal anxiety each is going through as the path in front of them takes a major and unexpected turn. Mr. Wallinger’s Tom is trying to hold onto some of his youthful energy and enthusiasm for life at all costs including the end of his 12 year marriage. Through Corryn Cummins’ performance, Beth is given the residual air of a one-time free spirit who expressed herself through art, now trying to hold onto some of what she was with the realities and responsibilities of who she has become. Jennifer Sorenson allows both the controlling and the softer side of Karen to shine through. When Beth tells her that she is thinking of getting remarried to a man she has known for only a short time, Karen gives her feedback which in fact seems more judgmental that advisory. Though she thinks she is only helping with good advice when called on it by Beth, Ms. Cummins’ face shows the deep hurt she feels when her ‘perfect advice’ is rejected. She walks a wonderfully subtle line between the egotistical part of her make-up and the woman who is willing to listen to others and possibly even change her own point of view. Rounding out the quartet of actors is Scott Golden who makes Gabe the most nuanced and approachable character despite his totally over-the-top pretentiousness and his ‘I know better than you’ attitude. Mr. Golden makes it clear that the entire foundation upon which his friendship with Tom is based has just cracked and left him confused, shocked and more than a little bit confused.

DINNER WITH FRIENDS is playing through November 24, 2019 at CVREP’s new home at the Imax Theatre in Cathedral City. For further information or tickets go to www.CVREP.org 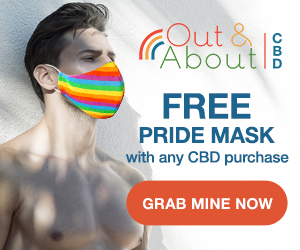 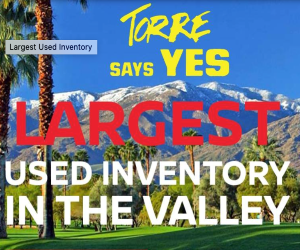