Over the past few years, there’s been a great deal of progress towards fairness for LGBTQ people. Since marriage equality became the law of the land in 2015, however, the backlash from the right has been swift and severe. They have launched an effective, new, state-by-state campaign to limit the rights of America’s LGBTQ citizens across the country.

FOR THEY KNOW NOT WHAT THEY DO takes us on a journey of understanding what connects us all. By telling the stories of families caught up in this conflict and informed by the wisdom of a number of religious and constitutional thinkers it shows the way forward through love, reconciliation, and acceptance.

Life-long Presbyterians, David & Sally McBride were shocked when their youngest boy came out to them as a transgender woman.

Coleen & Harold Porcher, a mixed-race couple whose child endured self-harm before their parents’ acceptance enabled them to come to terms with their gender identity.

Linda & Rob Robertson were encouraged by their evangelical church to put their 12 year-old son, Ryan, in conversion therapy.

Reverend Dr. Mel White- featured in the film will be special guest for the evening. Winner of the ACLU’s National Civil Liberties Award, the Rev. Dr. Mel White served the Christian community for thirty years as a pastor, professor, author, filmmaker, and ghost writer to some of the nation’s most powerful religious figures. After a thirty-year struggle to “overcome his homosexuality” (through various therapies” from exorcism to electric shock), White finally accepted his sexual orientation as “a gift from God.”

For the past twenty-five years, Dr. White and his partner, Gary Nixon, have traveled across America, speaking, organizing, lobbying, and protesting injustice. In writing his bestselling autobiography, Stranger at the Gate: To Be Gay and Christian In America, Dr. White “came out” of his closet to bring hope and healing to his GLBTQ sisters and brothers and to begin his own justice ministry on their behalf. 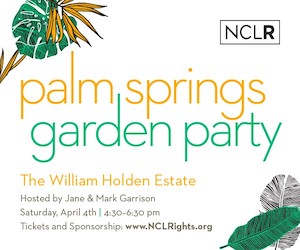