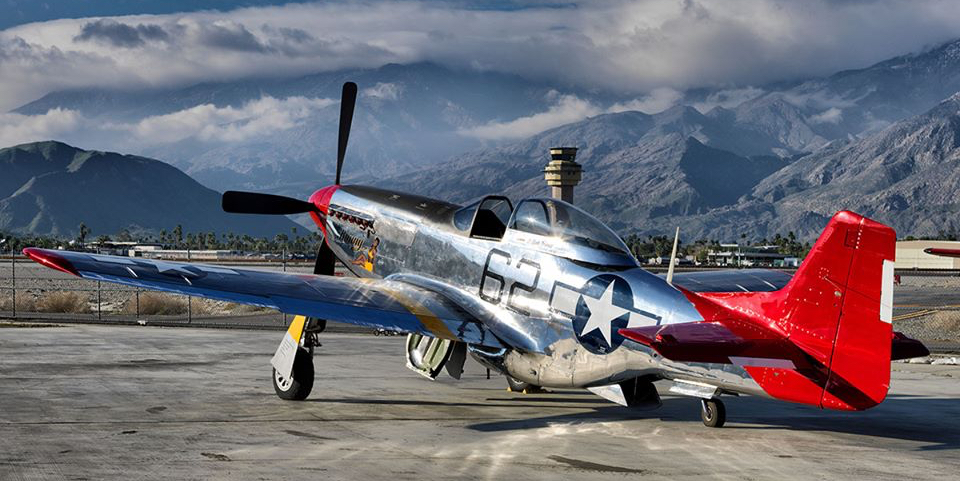 There is always something new at the Palm Springs Air Museum, where history comes alive and visitors can get close to the vintage World War II and Korea/Vietnam era aircraft. Named in 2014 as one of the top 14 aviation museums in the world by CNN Travel, 59 flyable and static planes are on display inside four climate-controlled hangars totaling 86,000 square feet inside with more outside on the tarmac. Many of the Museum docents actually flew these planes and served on the ships. The four hangars are organized by theme, with related exhibits lining the walls. Visitors enter through the Lobby, and pay at the Gift Shop to get their wristbands. From the Lobby, visitors can either go straight, past restrooms and the Buddy Rogers Theater to the hangars or head upstairs by elevator or staircase to the 9,200 volume research library and Education Center. In the outer room of the Library are computer flight simulators to entertain and teach the principles of flight to people of all ages.

The Pacific (Navy) Hangar includes exhibits and aircraft used by the Navy in the Pacific Theater during World War II. Highlights include the Pearl Harbor diorama narrated by NBC journalist and author Tom Brokaw, the Grumman “cats”; the Avenger, Corsair, Dauntless and Invader. The PBY Catalina Flying Boat is usually on the Tarmac. Ship models, uniforms and weapon display cabinets complement the large wall Pacific Map and the aviation art by American Stan Stokes. Be sure and check out the Honor Wall showing our docent veterans!

The European (Army) Hangar features exhibits and aircraft used by the Army in the European Theater during World War II, plus a T-33 training jet used in Korea and Vietnam. Highlights of this hangar include the B-25 Mitchell Bomber, P-47 Thunderbolt, the renovated flying Red Tail P-51 Mustang (when not flying) the P-63 King Cobra (when not flying), the Spitfire and the C-47 (when not flying, otherwise it’s out on the Tarmac). Other highlights in this hangar include the Tuskegee Airmen mural, the interactive Living History Kiosk, the large wall European Map with interactive display, the Women Pilots of WWII exhibit and the Jackie Cochran exhibit. Portions of Chris Demarest’s World War Two Journey are also on display.
The smallest hangar (entrance from the European Hangar) contains the B-17 Flying Fortress, the Berger Youth Exploration Center with fun, interactive activities for young people (including a F-16 Flight Simulator), the Gen. Ken Miles Aviation Science Center, Freedom Fighters’ Café and restrooms. Flag and engine displays are also in this hangar. Visitors can see our mechanics working on one of our vintage aircraft.

Now open is the new Major General Kenneth P. Miles Hangar, (entrance from just outside the Pacific Hangar to the south), which houses our Cold War, Korea and Vietnam War aircraft and supporting exhibits, including the new Edward and Mona Sher POW Bracelet exhibit that was in the Pacific Hangar. Hangar includes the Presidential Experience, Korean War Remembrance Wall, Ken Marts’ Presidents Who Served, the Frederick Noble Engine Display, and several jets: F-4 Phantom II, F-84, F-86, F-100, F-102, F-104 and the EA-6B Prowler
Visitors can tour the interior of a flyable B-17 and C-47 (when not flying). Flight exhibitions occur most Saturday afternoons November through May. The Annual Flower Drop & Air Fair occurs every Memorial Day Monday.

Documentaries are shown daily in the Buddy Rogers Theatre. On-going lecture series highlights the significance of Air Power and as much as possible include eye-witness accounts. 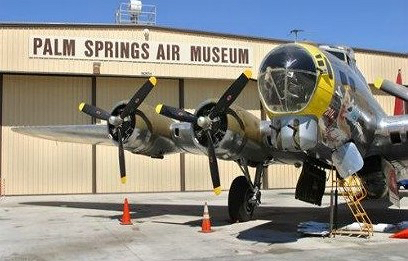 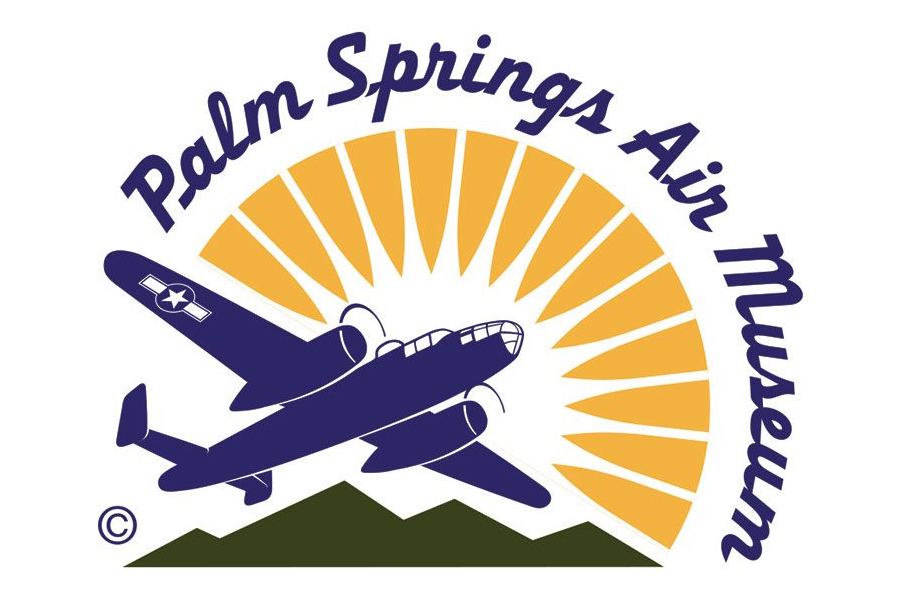