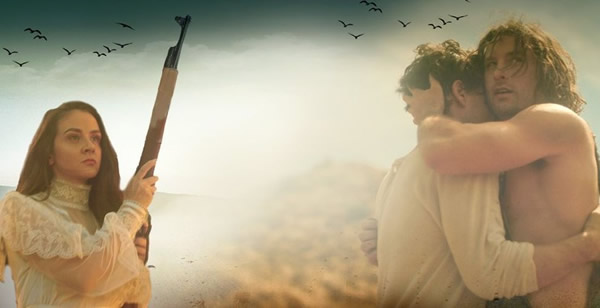 “According to actor/producer Gareth Koorzen, half of the two-man team responsible for “The One You Feed,“ the concept for the movie came to him in a dream.

That advance knowledge might help when you sit down to watch this new, queer-skewed thriller, because without it, you’re likely to be very confused.

Set in an unforgiving wilderness, it follows a young man (played by Koorzen) who wakes up in an isolated farmhouse after being mauled by a mysterious animal during a desert camping trip. He is in the care of a woman (Rebecca Fraiser) in an old-fashioned pioneer dress, who has cleaned and bandaged his wounds but offers no information about where they are or how he got there; her muscular, long-haired buck of a husband (director Drew Harwood, the film’s other creative partner) is a mostly silent figure who tends the chickens that seem to serve as the couple’s only source of sustenance.

As the stranger recovers, he becomes part of an unpredictable, sexually charged household dynamic that alternates between tenderness and abuse…”

The Best Airbnbs to Escape to This Winter Near LA

Travel With Your ‘Pod’ on a Private Hiking or Biking Tour

Leaders in the Community Recognized During Pride Month

A True Renaissance Man: Michael Childers Celebrates the 50th Anniversary of ‘Midnight Cowboy’ While Preparing for His Star-Studded ‘One Night Only’

Find Out Why Celebs like Timothée Chalamet, Bradley Cooper and Emma Stone Were in Palm Springs Last Week – Locale Magazine 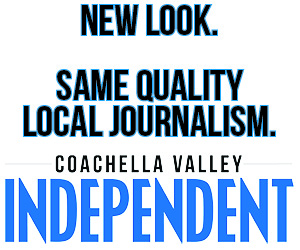 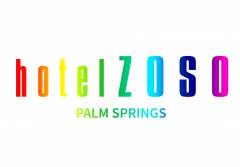 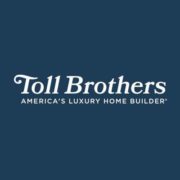 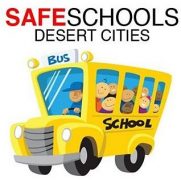 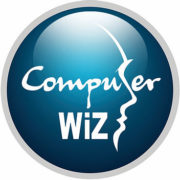