Home » How the Desert Played a Role in Classic Christmas Songs 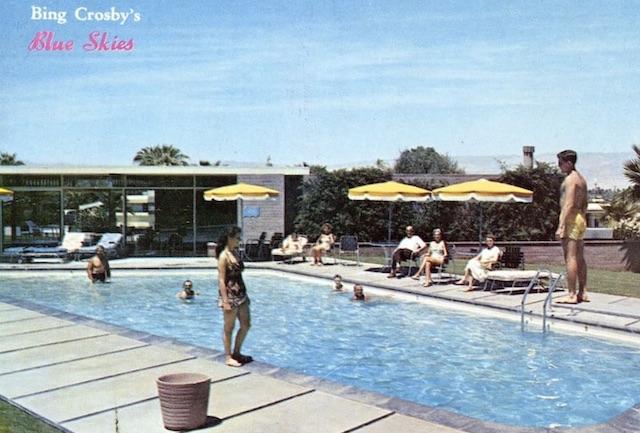 “The desert doesn’t conjure up Christmas generally, but it actually figures prominently in the creation and recording of some of the most treasured and classic Christmas songs of all time.

There are several stories about the genesis of “White Christmas,” surely the most famous Christmas tune of all. One tale tells of Irving Berlin writing it poolside at the La Quinta Inn. (Another version of the story puts him poolside at the Arizona Biltmore — either way, in the desert.) After finishing the song, he quickly called his secretary in New York exclaiming, “Grab your pen and take down this song. I just wrote the best song I’ve ever written. Heck, I just wrote the best song that anybody’s ever written!”…”

T.J. Osborne Overwhelmed by ‘Tsunami of Love’ After Coming Out

Forrest Bird Invents Game-Changing Ventilators While Living in the Desert