Join Among Friends on Wednesday, March 4, for the Sing-A-Long version of Cabaret, starring Liza Minelli, at the Palm Springs Cultural Center. Dress up Cabaret-style for cocktails at 6:00 p.m. and then enter the theatre for the movie at 7:30 p.m. Get tickets

Eisenhower Health, along with the LGBT Community Center of the Desert, presents HIV Infection: Risk Reduction for Diseases of Aging on Wednesday, March 4 from 5:30–6:30 p.m. at The Center. Join Ken Lichtenstein, MD as he discusses the future of HIV and Aging Research and the challenges related to growing older with HIV. Many who have been living with HIV, some for more than 30 years, are now entering the phase of life when the consequences of aging become a reality. Other older individuals who have recently been diagnosed with HIV infection are facing the prospect of a new medical diagnosis to deal with as they age. Free event, registration required. More info

Marilyn, Madness, and Me

Enjoy a fantastic evening or afternoon of entertainment and support your community the original two-act play, Marilyn, Madness & Me on Thursday, March 5 from 7:00–9:00 p.m. at the Rancho Mirage Library & Observatory. With a concept by Didier Bloch, written by Frank V. Furino, and directed by Joe Leonardo, this production was born of members of the local community. LA Theatre Scene’s Margie Barron calls the show a “poignant, compelling, and shocking tale of unrequited love, centered around the last months of Marilyn Monroe’s life.” All proceeds will benefit SafeHouse of the Desert and the Rancho Mirage Library and Observatory Foundation. Get tickets

Walk of the Stars and the City of Palm Springs are proud to honor pioneer filmmaker and former Palm Springs resident, Melville “Buddy” Shyer with the 441st star on Friday, March 6 at 11:00 a.m. Shyer is credited for being one of the first successful filmmakers at a time when sound was finally introduced to film making, also known as the ‘Talkies.’ After retiring from film making in 1960, Shyer moved to Palm Springs full-time with his family. Shyer’s son, Charles Shyer – who followed his father’s footsteps directed the popular feature films, The Parent Trap, Private Benjamin, and Father of the Bride – will be the featured speaker for the March 6th star dedication. More info

The Palm Springs Dance Project has been presenting its premiere 2020 season from February 5 to March 8, with dance performances, education and community programming, and it wraps up this weekend with some great showcase events!

Community’s Finest Dance Showcase is a pre-professional variety show, on Friday, March 6 at 7:30 p.m. at the Palm Springs Art Museum Annenberg Theater, celebrating and showcasing advanced education students in performance with top talent from local dance schools, academies, and from cultural dance groups. This program provides advanced students the opportunity to perform in a professional production, in a theater of stature, while showcasing the studios and dance groups that make up our local dance community. Get tickets

Legendary journalist Bob Woodward will speak at the Richards Center for the Arts on Friday, March 6 at 7:30 p.m. as part of the Palm Springs Speaks series. Woodward gained international attention when he and Carl Bernstein uncovered the Watergate scandal in 1973. Since then, he has continued to pull  back the curtain on the inner workings of Washington; revealing in meticulous detail what’s really going on in the halls power. Have the lessons of Watergate been forgotten? Is the media doing its job? Woodward offers an historical perspective as only he can. Get tickets

The Saturday Sisterhood Of Cinema will be showing Portrait of a Lady on Fire on Saturday, March 7 at 10:00 a.m. at the Palm Springs Cultural Center. This local-meet up group is for women to gather, socialize, and see quality cinema. The group meets on the 1st Saturday of every month. If the film gets you thinking, mee upstairs at the VIP Lounge for sips, nibbles, and convo after. Get tickets

Friends of the Desert Mountains’ 13th Annual Coachella Valley Wildflower Festival will be held on Saturday, March 7, from 9:00 a.m.–4:00 p.m. at the City of Palm Desert Civic Center Park. This free event celebrates wellness, recreation and the outdoors with wildflower displays and a variety of fun and educational activities. More info

Join CCBC Resort for their Hot Seat Retreat from Thursday–Sunday, March 5–8. This all-male spanking event is mostly unstructured but does include a welcome pizza & beer mixer, games night, and farewell brunch to help you connect with other participants. Get tickets

Ron Williams will be signing copies of his book, Capturing Our Diversity: 4 Decades of Pride Photos, on Sunday, March 8 from 10:00 a.m.–1:00 p.m. at Streetbar. Come and enjoy a Bloody Mary and say hello! More info

Sunnylands Music in the Gardens

Sunnylands’ Music in the Gardens brings you a free, live concert every Sunday in March with a different musical act performing on the Great Lawn from 11:00 a.m. to 1:00 p.m. While guests are welcome to stroll the gardens as the music plays, they may also bring lawn chairs, blankets, and food and drink to picnic while listening to the bands. On Sunday, March 8 the musical act is Nathan James and the Rhythm Scratchers. This three-piece band brings a unique fusion of classic blues and rhythm and blues. More info

The Living Desert Zoo and Gardens celebrates their 50th year at the Golden Anniversary Gala on Saturday, March 7 with an evening of animal encounters, live auctions, dinner, and entertainment. This popular event has sold out! More info

The Desert Rose Playhouse presents Beautiful Thing from March 6–29. Upliftingly optimistic, Jonathan Harvey’s play about two teenage boys falling in love refuses melodramatic clichés to offer a story bright with sensitivity, pathos and wit. With a strong supporting cast, Ste and Jaime’s tentative, awkward relationship unfolds with delicacy and joy. Beautiful Thing was first performed in 1993 at the Bush Theatre, London, and adapted into a 1996 film. Get tickets

Dezart Performs presents Sweat, from February 28–March 8 at Pearl McManus Theater. It’s the year 2000 in Reading, Pennsylvania and a group of friends go to work at the steel mill and then decompress at the bar like they’ve been doing for over 20 years. But, unbeknownst to them, their lives are about to be uprooted. Their steel mill is making some changes and the blood, sweat and tears of generations of loyal workers don’t seem to amount to much. This limited run is expected to sell out, save your seats now! Get tickets

Our theatre reviewer Stephen Radosh calls Sweat “a powerful and riveting work dealing with the human consequences of 21st Century America as it shifts away from being the leading Industrial nation of the 20th Century,” and praises the universally strong cast of nine actors, the largest for a Dezart Performs production to date! Read the full review here 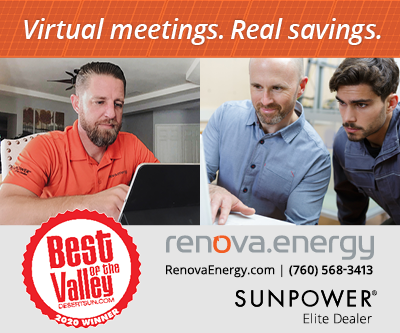