Remembering Stonewall Arenas Road Mixer, ShortFest Best of the Fest, Coachella’s Cannabis Summit, Center Social at Hunters, Faith Communities Join in Commemorating Stonewall, plus a look ahead to this weekend’s 50th Anniversary of Stonewall and more!

On Monday, June 24th, from 5:00–7:30 p.m., Arenas District welcomes the Desert Business Association and the Palm Springs Chamber of Commerce for the 50th Anniversary Block Celebration commemorating the riots at the Stonewall Inn in New York’s Greenwich Village. The event will have two fun components: a Progressive Passport will be provided for attendees to get stamped at each of the Arenas District businesses, to be entered into a drawing for a number of prizes. A Stonewall Commemoration will take place at 7:00 p.m.; this brief program will remember what happened at Stonewall in 1969 with speakers and entertainment. More info

With ShortFest wrapping up this past weekend, there’s one more day of highlights to enjoy. Best of the Fest, on Monday, June 24, will feature screenings of Audience Favorites and Jury Award Winners. Check out the ShortFest website for schedule.

Leaders in government and business will unite this week in the City of Coachella to share the future of cannabis policy, share best practices and unveil new opportunities in California’s emerging cultivation hot spot. The City of Coachella’s SoCal Cannabis Summit will kick-off Monday, June 24 with a Cultivation & Dispensary Bus Tour of the Coachella Valley followed by a opening night networking reception. On Tuesday, June 25, the Summit will feature interactive sessions, keynote presentations and panel discussions from top regulators and cannabis industry leaders as well as an Exhibit Hall Expo that will be free to the public to attend. More info

On Tuesday, June 25 from 5:30–8:30 p.m., the Greater Coachella Valley Chamber of Commerce presents the 2019 Business Awards Dinner and Annual Meeting, at the Renaissance Indian Wells Resort & Spa. This year’s event theme is “Behind the Mask, Coachella Valley Superheroes”, celebrating professionals that make a difference in our community, and featuring a cocktail and silent auction reception, dinner and awards recognizing professionals in the categories of Small Business, Large Business, Non-Profit, Leadership, and more. Get tickets

The LGBT Community Center of the Desert presents their Center Social at Hunters Nightclub on Wednesday, June 26 from 5:30–7:00 p.m. Come take in the community vibes, make friends, enjoy the AC and a tasty happy hour. Tell your friends, everyone’s invited! More info

June 28 is the 50th Anniversary of the Stonewall Uprising, when the gay liberation movement was made undeniable in by a few brave souls who stood up to police raids in 1969 at the Stonewall Inn, a gay bar in the Greenwich Village neighborhood of New York City. These spontaneous, violent demonstrations marked a departure from the non-confrontation approach to acceptance that had been tried by gay groups up to that point. The Stonewall Uprising is widely considered to be the birth of the modern fight for LGBT Rights in the United States.

The World Pride Celebration takes place this week in New York City. Palm Springs Pride will be there, marching in the NYC Pride March on Sunday, June 30 and you can march with the Palm Springs contingent! Join the Facebook group for more info.

Gay Desert Guide’s Brad Fuhr will be in NYC, marching with PS Pride, and covering the Palm Springs Gay Men’s Chorus, who will be joining other choruses for a very special Stonewall Commemorative performance at Carnegie Hall. Listen to KGAY 106.5 for more on this!

In conjunction with World Pride and the 50th Anniversary of Stonewall, the International Gay & Lesbian Aquatics (IGLA) Championships are being held in New York, hosted by Team New York Aquatics (TNYA). The TYNA team recently held their annual swim camp in Palm Springs, and they credit KGAY 106.5 for playing all the fabulous hits they needed to make it through the week of training for their big event! They loved it so much they are listening from back home in NYC. TNYA is the world’s largest LGBTQ+ aquatics team and we wish them the best of luck in hosting and competing at this year’s IGLA championships! For spectators, the most popular event is always the Pink Flamingo, where competing teams put on wigs, dresses and costumes and combine dancing, swimming and drag to joyfully celebrate queer identity. More info

Shann Carr is filming a short film for submission to Cinema Diverse called My First…This is your chance to become a star. Drop by the back room of Chill Bar Palm Springs on Friday, June 28 between 12:00 and 3:00 p.m. and share your own experience for your first: Gay Bar, Gay Pride, Gay Kiss, Gay Event, Or the first moment of knowing you are Queer. Shann will have a film crew and each person will have 3 minutes at the mic. For more information email Shann at theshanncarr@gmail.com

Join the Palm Springs Cultural Center for an open house featuring the portraiture artwork of local artist David Fairrington on Saturday, June 29 from 3:00–7:00 p.m. The exhibit runs through September 2019. Each artwork is represented by a local LGBTQ+ charity and attendees are encouraged to vote for their favorite portraiture/charity. Each “vote” gives one dollar to the charity of choice. What’s this about a Red Kimono? Fairrington was inspired to do a series in which his models chose how to reveal themselves, the only requirement being the use of a red kimono provided by the artist. This second series focuses on the LGBTQ+ community, showing that people are people, no matter the sexual orientation. More info

Desert Rose Playhouse presents Ruthless! The Musical, through July 14. The show, directed by Loren Freeman and starring Desert Rose Playhouse Artistic Producing Director Robbie Wayne, famously spoofs Broadway musicals from Gypsy to Mame as well as many iconic films including The Bad Seed and All About Eve. Premiering in 1992, the show is responsible for discovering young performers Britney Spears and Natalie Portman. Talented eight year old Tina Denmark, played by Lizzie Schmelling, will do anything to land the lead in her school musical. Anything! As Tina discovers where her talent comes from, she shows us just what it takes to succeed…Get tickets

Looking for a summer adventure to points north, or maybe east? We’ve got a couple of great options for you!

Gay Wine Weekend is a celebration of food, wine & the ambience of Northern California’s Wine Country for the LGBTQ Community, taking place July 18–21 in the Sonoma Valley. Events include winemaker dinners, wine tastings, drag queen brunch & wine auction, a pool party, after parties and the signature event of the weekend, Twilight T-Dance at Chateau St. Jean Winery. New this year: a comedy show in the caves at Deerfield Ranch Winery on Thursday evening for those coming into town early. Proceeds Benefit Face to Face, Sonoma County HIV/AIDS Network. Get tickets

Vacaya’s inaugural Cruise to Provincetown will take place August 11–18, featuring 7 nights aboard the 5-star Celebrity Summit with an overnight in PTown for the Carnival kick-off, plus activities and all-star entertainment including Kristin Chenoweth, Katharine McPhee, Lesli Margherita, Alex Newell, and Leslie Jordan. KGAY 106.5′s John Taylor, Shann Carr and Brad Fuhr will be on board broadcasting daily! Join the Cruise 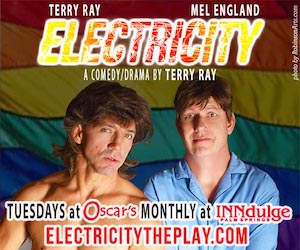 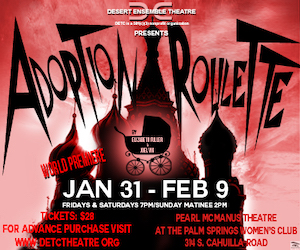