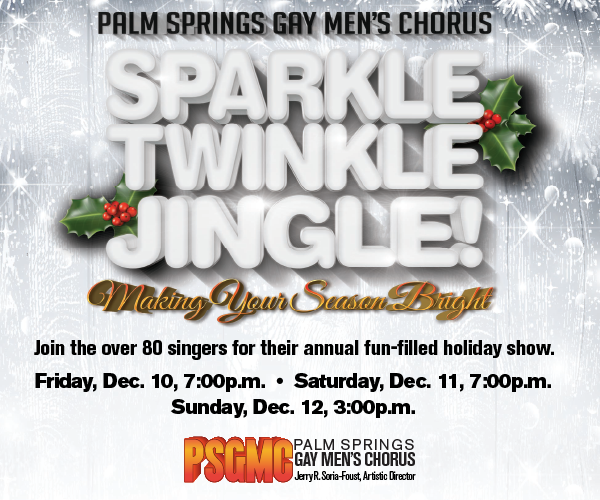 All three concert are SOLD OUT! The Palm Springs Gay Men's Chorus (PSGMC) is back and ready to perform for its spectacular holiday show "Sparkle,

All three concert are SOLD OUT!

Soria-Foust has assembled a program filled with both traditional and non-traditional selections. As audiences have come to expect, there will be a few surprises, songs in four languages and heartfelt musical moments that only Palm Springs' official gay men's chorus can provide. Two of PSGMC’s most valuable talents are Joel Baker as Principal Accompanist and Martin Coogan, who provides ASL.

This year, the Chorus welcomes Broadway star Michele McConnell from Andrew Lloyd Weber's The Phantom of the Opera.