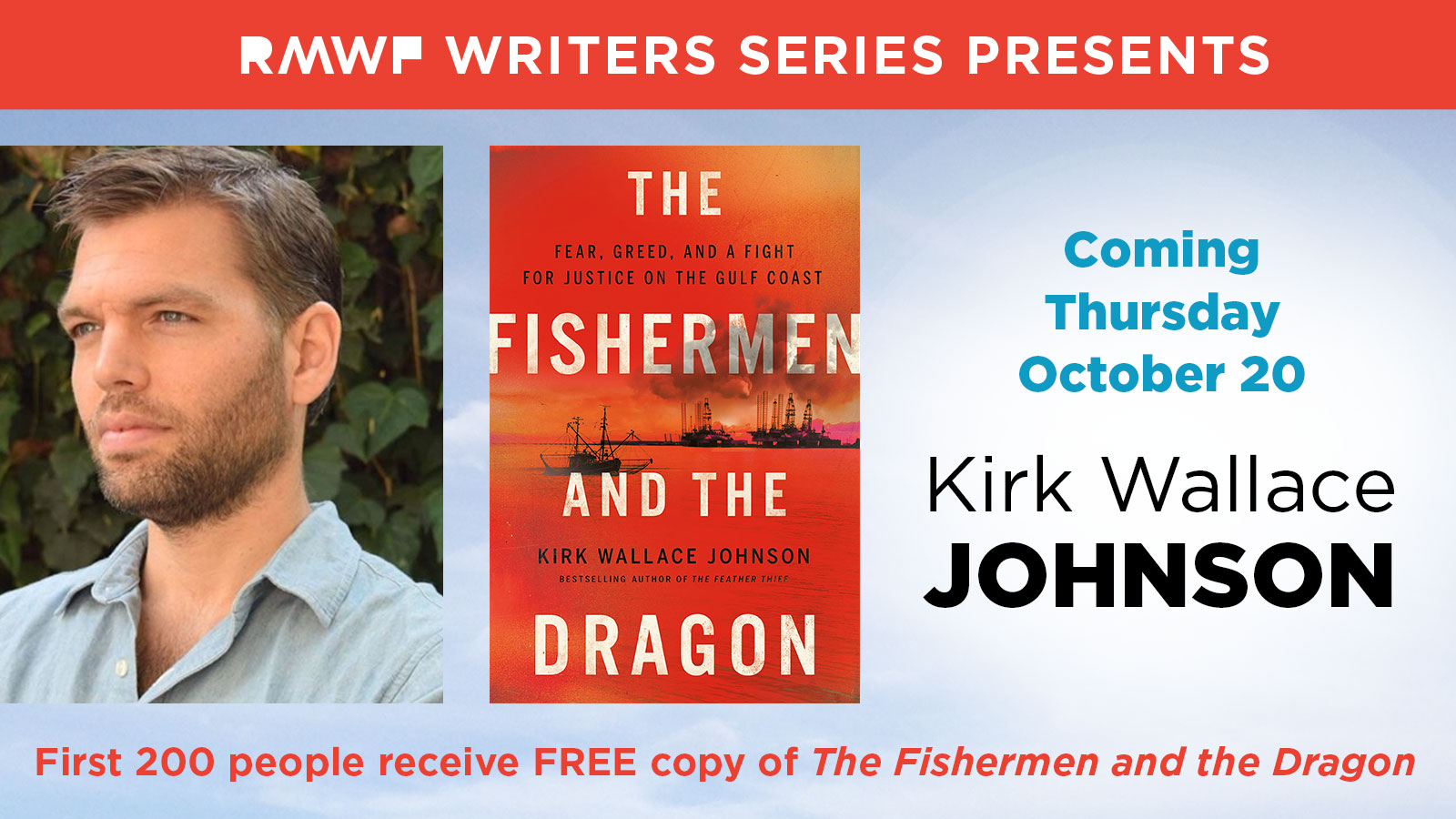 The Rancho MIrage Writers Festival and the Rancho MIrage Library and Observatory present author, Kirk Wallace Johnson for a book talk, chat and book signing. This is a Free Event!

Kirk Wallace Johnson is an author and screenwriter. His books include The Feather Thief: Beauty, Obsession, and the Natural History Heist of the Century and To Be a Friend is Fatal: the Fight to Save the Iraqis America Left Behind. He is also the creator of Drug Spies, a scripted series about pharmaceutical espionage. His writing has appeared in The New Yorker, The New York Times, The Washington Post, Los Angeles Times, The Washington Post Magazine, The Wall Street Journal and Foreign Policy, among others.

Johnson’s gripping new book (being released in August 2022), The Fishermen and the Dragon, depicts a community set on fire by hatred, xenophobia and ecological disaster. Drawing upon a trove of never-before-published material, case files and interviews with Klansmen, shrimpers, law enforcement, environmental activists, lawyers, perpetrators and victims, Johnson uncovers secrets and secures confessions to crimes that went unsolved for more than forty years. It’s a story that braids corporate malfeasance with a battle over shrinking natural resources, at a turning point in the modern white supremacist movement, and highlights one woman’s relentless battle for environmental justice.

The first 200 attendees will receive a free copy of Johnson’s new book, The Fishermen and the Dragon.

This event will be live streaming on You Tube. Watch Here