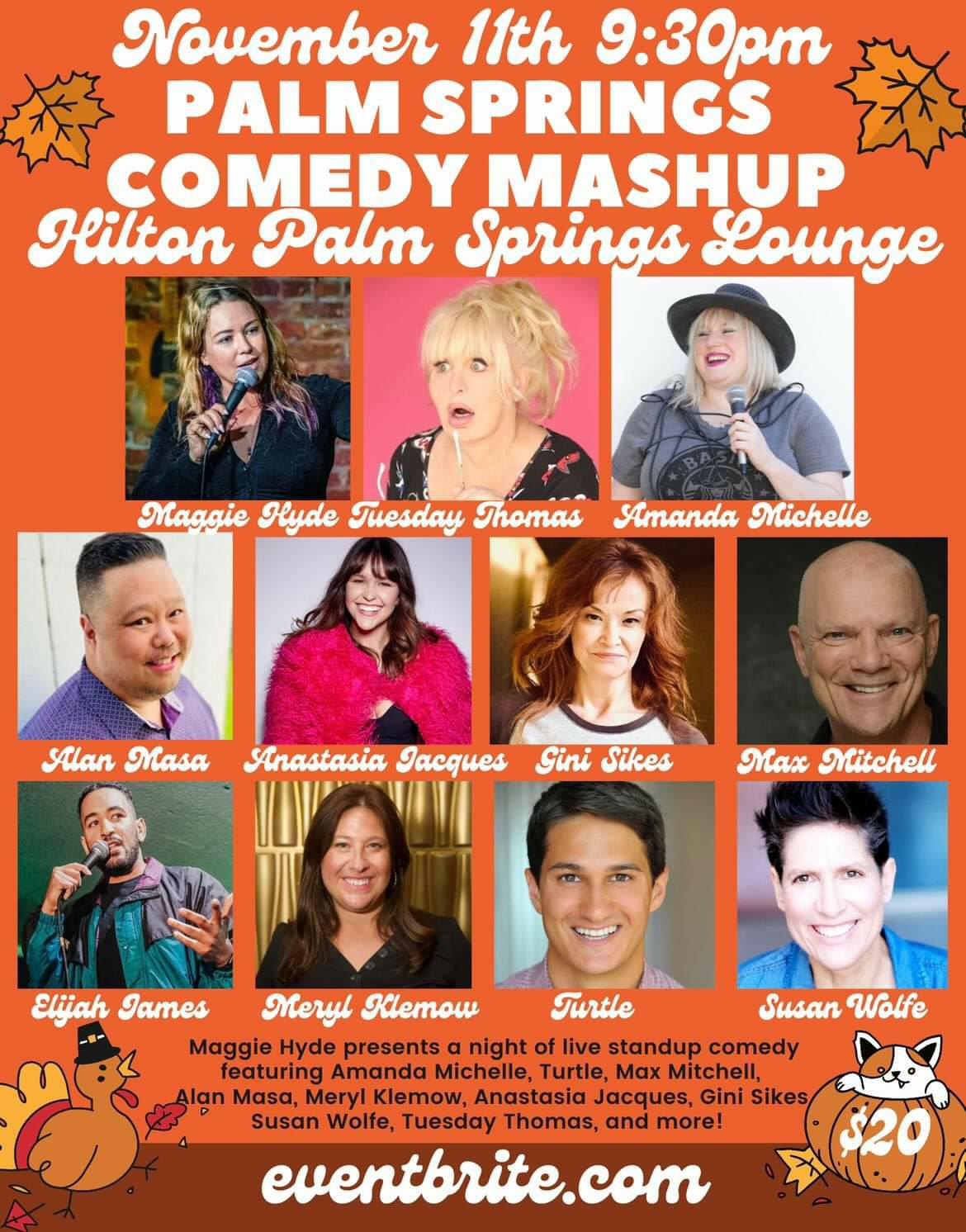 Maggie jumped into the world of stand up comedy a few years ago after her second divorce, her third therapist broke up with her and her four kids stopped listening to her. Since then she's been amusing captive audiences here at Flappers, the Comedy Store, the HaHa Club & of course nightly on her OnlyFans account. When she's not writing new bits out of old emotional issues, she can be found parenting, surfing and regularly reinventing herself. And by herself, we mean her Tinder profile.

Amanda Michelle Foschia is an actor, comedian,and writer. She is a graduate from the conservatory at The Second City Hollywood and IO West. She is currently studying at The Groundlings. She has been in several plays, movies, short films, and commercials. She performs standup comedy thourghout the country. Follow her on socials @blondebitchLA
*Lineup subject to change, no refunds*
$15 pre sale / $20 full price
9:00pm seating
9:30pm-11:30pm show
2 drink min.