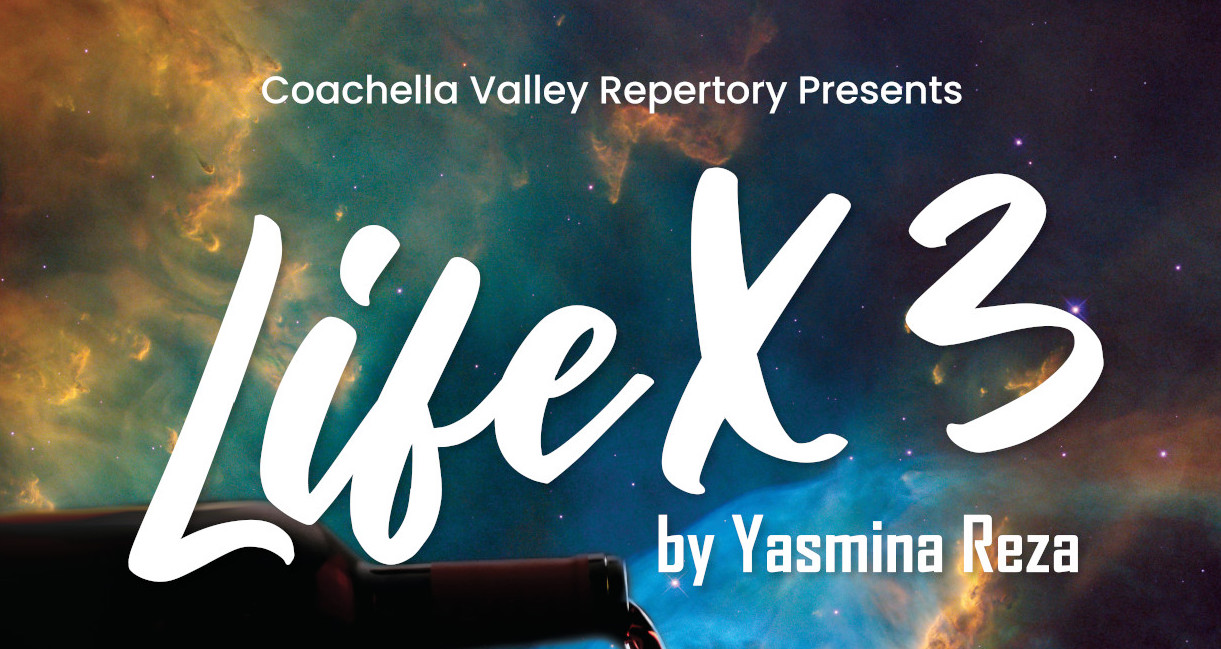 CV Rep presents Life X 3 by Yasmina Reza from January 25th to February 6th. Henry and Sonia are having a difficult evening with Arnaud,

Henry and Sonia are having a difficult evening with Arnaud, their wakeful six-year-old son; but Henry has other worries. About to publish the results of two years’ research on the flatness of galaxy halos, he’s desperate to make a good impression on the distinguished astrophysicist Hubert Finidori, who wields a decisive influence over the question of Henry’s longed-for promotion. So when Hubert arrives with his rebellious wife, Inez, in tow for dinner on the wrong night, the fact that there is no food in the apartment (merely an ample supply of Sancerre) is only one of the potentially disastrous elements in play. Add to this Hubert’s often brutal treatment of Inez; his lust for Sonia; Inez’s weak head for alcohol; Henry’s discovery that rival scientists may have beaten him to the punch; Sonia’s equivocal feeling of attraction towards Hubert; and the entirely unpredictable behavior of the invisible Arnaud—and the stage is set for a catastrophic unraveling of normal civilized behavior. But will it be this kind of catastrophe? Or that? Or, perhaps, worse still, will catastrophe be averted altogether?

Yasmina Reza’s LIFE X 3, as witty and acerbic as ‘Art’, her enormous worldwide success, contrasts man’s ability to analyze and map the outermost reaches of the universe with his total inability to respond rationally to the most trivial domestic mishap, and examines how the slightest random event can effortlessly derail the most elaborately laid plan. An original, hilarious and ultimately thought-provoking addition to an increasingly impressive body of work from one of the most fascinating and distinctive voices of the contemporary theatre.

Saturday and Sunday matinees are at 2:00 PM