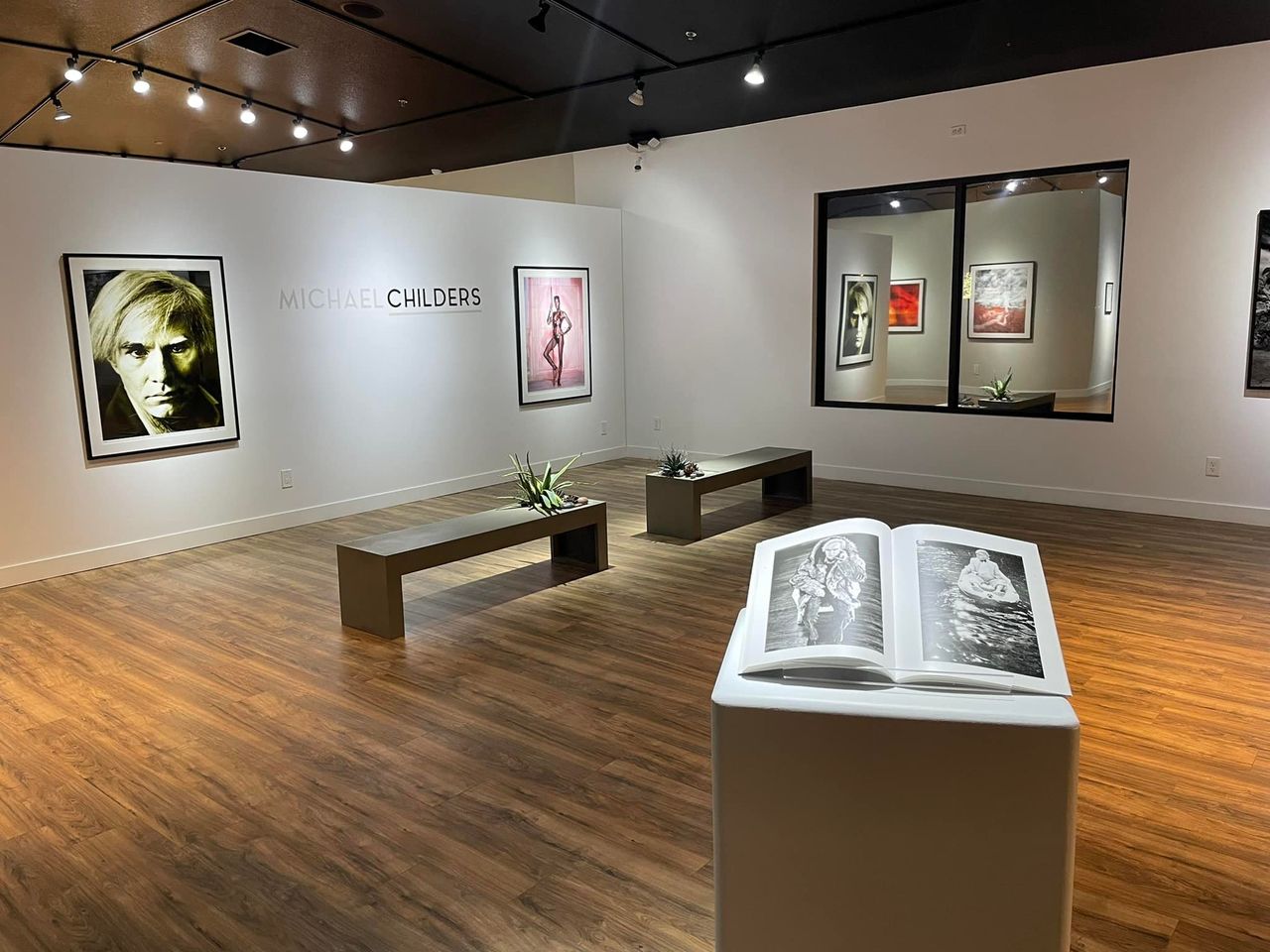 EMERGENCE fills the gallery with the photographic artwork of Michael Childers and Gordon Clark.  The exhibition presents new works from each artist as well as works that have adorned the walls of esteemed

EMERGENCE fills the gallery with the photographic artwork of Michael Childers and Gordon Clark.  The exhibition presents new works from each artist as well as works that have adorned the walls of esteemed museums and galleries around the globe. The exhibit runs until March 13th.

Michael Childers is a truly iconic living legend, with a scope of artistic work realized by very few others.  From his photographic work at Sir Laurence Olivier’s National Theater in London, to 200+ magazine covers including, among others, Vogue, GQ, Dance, Esquire, and Elle, to being a founding photographer for Andy Warhol’s Interview and After Dark magazines—Childers manages to capture an inner vibrancy and rare portrayal of all his subjects.  Childers has created some of the most renowned portraits of Hollywood and music icons and produced numerous award-winning films.  For the new exhibition, EMERGENCE, the Michael Childers’ exhibited works include his stunning newest body of work, Nude Fusions (2021), his provocative and never-before-exhibited White Party (2002) collection, fantastic selections from his LA Drag Ball (1974) that was previously exhibited at the Palm Springs Art Museum, and several of his famous portraits of Hollywood celebrities.

Gordon Clark is an acclaimed photographer and award-winning cinematographer renowned for his spellbinding images of landscapes and multifaceted photographs and cinematic stories of the human experience.  He weaves complex narratives by inserting subjects into deliberately choreographed natural environments, which compel viewers to interpret the powerful dilemmas at play within each subject’s life.  His photographs have been shown in prominent museums and gallery exhibitions around the world.  For EMERGENCE, the exhibited works of Clark are all limited-edition large-format photographs.  His new works presented include selections from Timeline (momentous Joshua Tree landscapes—2020) and Messages to Self (inside the life and mind of David Kilburn—2021).  Also presented are works previously shown in South Africa and Europe including Who Am I? (Leon Botha—2009 through 2015), and Growing Big in Gang Land (Cape Town South Africa—2014).

The gallery’s scheduled hours and days of operation are Thursdays from 11:00 AM to 3:00 PM and Fridays and Saturdays from 1:00 PM to 5:00 PM. Private showings available by appointment. Call 760-366-3777 or visit www.jtarts.org for more information.