Neil Simon's I Ought to Be in Pictures 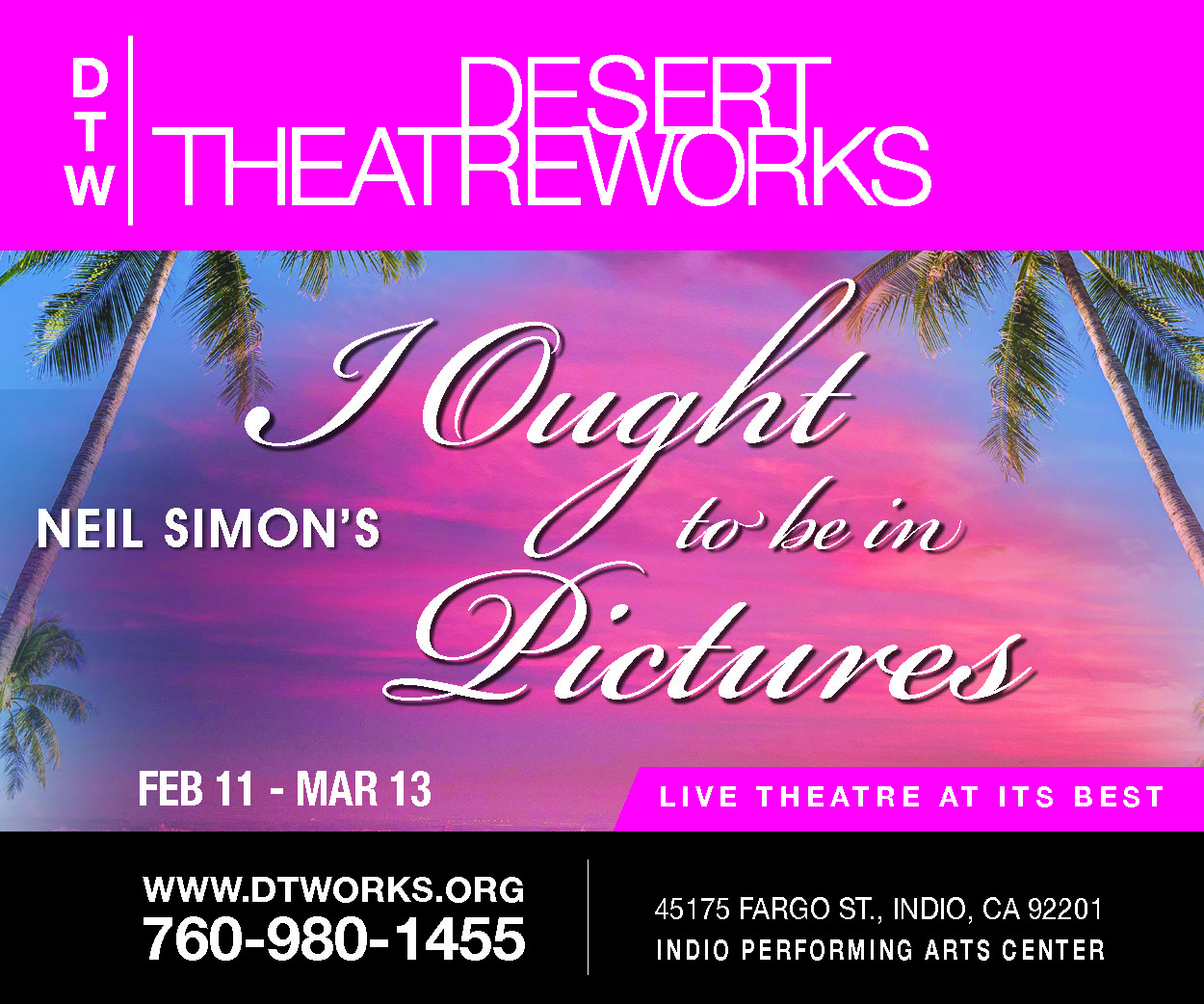 Desert Theatreworks presents Neil Simon's I Ought to Be in Pictures February 11th through March 13th.

I Ought to Be in Pictures is one of Neil Simon’s comedic gems!

Herb Tucker is a struggling Hollywood screenwriter suffering from writer's block. To make matters worse, his forgotten past just showed up on his doorstep in the form of Libby, his young teenage daughter he abandoned, along with her mother and brother, years earlier.

Libby is a wisecracking, resourceful girl who has come to Hollywood to be an actor. Convinced he can help jump-start her career; Libby expects Herb to help because he "owes her."

With Steffy, his sometime girlfriend, at his side, Herb decides to take another stab at fatherhood and hopefully this time, get it right. You will not want to miss this heartfelt comedy.