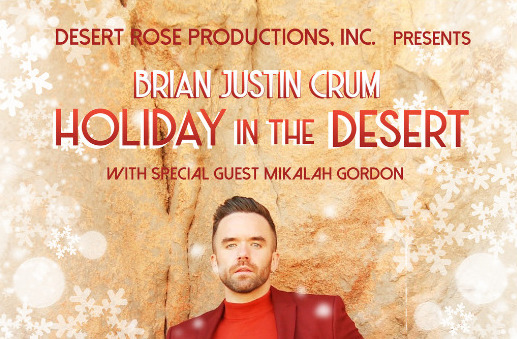 Brian Justin Crum is an American singer and actor from San Diego, California. In 2016, he came to national attention competing on the eleventh season of the NBC TV competition America’s Got Talent, taking fourth place.

At the age of seventeen, Crum left San Diego to become a part of the popular broadway musical Wicked. He later moved to New York City, New York and joined the cast of the musical comedy Altar Boyz and Grease.Crum also dreamed of becoming a part of the Next to Normal musical; that came true when he became a standby for Gabe and Henry, characters of the play. Crum has starred in several regional productions such as Tarzan, Jesus Christ Superstar and Snapshots. He soon met his mentor Stephen Schwartz, and the two performed alongside each other throughout the country. Brian played the character of “Daniel” in the episode “Possessed” in Season 12 of Law & Order: SVU.

Crum toured with The Addams Family, portraying Lucas Beineke and most frequently as Galileo Figaro in Queen’s rock theatrical We Will Rock You. He sang with Brian May and Roger Taylor, original members of the band. He won a few Best Actor in Musical Awards for his performance and garnered reviews that considered him as “a Triumph.” But besides his acting career, Crum is now pursuing a new career in Pop music, currently in Los Angeles, California.

There is an optional Meet And Greet / Reception after the performance priced at $70.00