Skip to content
Home » Events » April at The McCallum Theatre

April at The McCallum Theatre 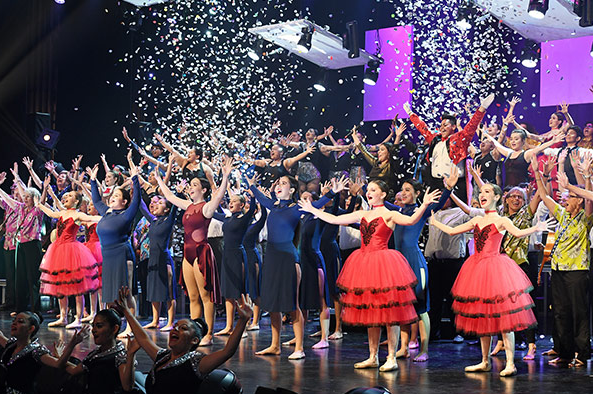 To find out more about the show and to buy tickets click on the name of the performance April 1-3, 2022

A perennial McCallum favorite, Grammy Award-winning jazz trumpeter Chris Botti returns with his uniquely expressive sound and soaring musical imagination. Since the release of his critically acclaimed 2004 CD When I Fall in Love, Chris Botti has become the largest-selling American instrumental artist. Performing worldwide and selling more than four million albums, he has found a form of creative expression that begins in jazz and expands beyond the limits of any genre. With his music, he has established himself as one of the important innovative figures of the contemporary music world.

Outstanding local performers of all ages are presented in this exciting talent competition that has become a McCallum audience favorite and sell-out event. Local artists team up with the staff and crew to present visually stunning and energy filled performances. Audience members have a chance to vote for their favorite performer and celebrate the winners at the final performance on Saturday evening.

Each year, over 40,000 children, educators and other community members participate in free and donor subsidized education programs produced by McCallum Theatre Education.  Your financial contribution – no matter how large or small – is an investment in their future.  With your help, the McCallum brings youngsters to the Theatre and conducts thousands of workshops in theater, dance, music and visual arts in Valley classrooms each year at no cost to the students, and has successfully continued to produce programs online during the entire pandemic.

How do you describe the offbeat antics of David Feherty? The New York Times called him “a cross between Oprah Winfrey and Johnny Carson.” With a sharp wit and irreverent style, the professional golfer turned golf analyst, talk show host and sports broadcaster has made a name for himself as one of the most hilarious and irrepressible personalities in golf. Of Feherty’s live one-man show, Golf Digest said: “Uncensored and unhinged, and worth the price of admission. It really was stupendous.” The Pittsburgh Post-Gazette raves, “David Feherty was uproariously funny. It was two hours of zaniness and madcap storytelling. People were coming out of their seats with laughter.”

See links in the text description