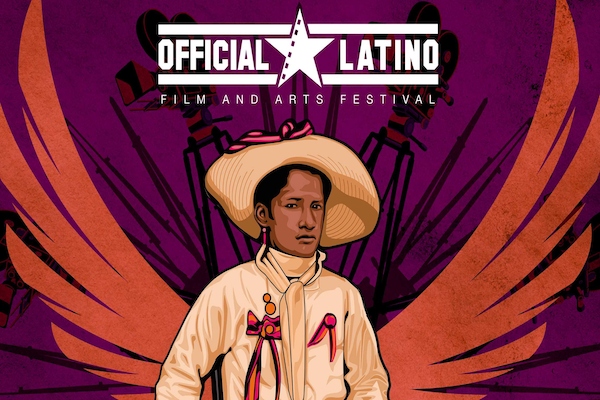 Palm Springs Art Museum is proud to announce a partnership with the Official Latino Film and Arts Festival, the first to focus primarily on U.S. Latinx filmmakers.

Palm Springs Art Museum is proud to announce a partnership with the Official Latino Film and Arts Festival, the first to focus primarily on U.S. Latinx filmmakers.

The three-day festival will be presented in the mu­seum’s 430-seat Annenberg Theater. Over 100 films will be screened, the majority presented in English, along­side industry and filmmaker panels.

The films will run in a series of themed two-hour blocks which will include short discussions with the filmmakers.

The weekend will also feature opening and closing receptions, and will culminate with an awards ceremony in the theater.

Vibrant coming-of-age stories and youthful resilience are on display in this opening selection of short films that span adolescence to adulthood.

Animation, experimental, and colorful multimedia portraits make up this art-themed block of shorts that showcase spirited and succinct storytelling.

This selection of inspiring shorts spotlights African American auteurs with films centered on the themes of youth, family, legacy, and perseverance.

Familial bonds, relationships, and recollection are the focus of this emotional block of short films that kicks off Day 2 of Official Latino.

Explore Latinx nation in this vivid collection that examines historical and modern themes including grief, migration, and gentrification through a fresh lens.

Groundbreaking Mexican American character actor Pepe Serna finally takes the spotlight in Luis Reyes’ joyous ode to Serna’s life and his hundred-plus, charismatic, scene-stealing roles that paved the way for generations of Chicanx actors in Hollywood and beyond.

Official Latino filmmakers return to the festival in a lively block that tackles poverty, codependency, and gentrification, with confidence.

Allswell is a Nuyorican Odyssey of family trauma and reconciliation. The script was developed collaboratively between the director and the three lead actors. Together, they drew inspiration from a mash-up of people, places, and events from their own lives to fuel this moving family dramedy.