The Palm Springs Surf Club is a rebirth for the old Wet n’ Wild park in Palm Springs. The renovations, lead by the new owners Pono Partners LLC, will focus on a state-of-the-art wave pool capable of producing waves for everyone from beginners to professional surfers.

The wave pool at Palm Springs Surf Club is an operational prototype using Surf Loch technology to pump out a variety of wave shapes and sizes. Pono partners is using it to raise additional funding for expansion of the pool and additional renovation of the facility.

That team is lead by Cheyne Magnussen (formerly the wave architect at BSR Surf Resort in Waco) and Kalani Robb, both of whom are part of Pono Partner LLC who bought the park in January 2019. They’re keeping the wave specifics under wraps, but from what we’ve heard, their goal is to create waves that provide barrel, turn and air opportunities.

While the wave pool will be the center of the Palm Springs Surf Club, the team plans to delivery more than just a wave pool. They are putting $50 million into the 21 acre property and plan to keep the lazy river and other amenities for kids. Their plans also include a restaurant and spa, and bar.

The Palm Springs Wet n’ Wild has been making waves in the desert since 1986. Even though the original pool was intended for recreation, not surfing, with the right pump configuration, it produced small surfable rights that were occasionally used for competitions. These same waves were used when Rick Kane won the contest in the 1987 film “North Shore”.

In January 2019, Kalani Robb and his Pono Partners bought it for an undisclosed sum and kept it closed for reconstruction. Pono brought in the master wave architect, Cheyne, to make sure that the Palm Springs Surf Club produces good waves and stays true to surfing. They’re off to a good start… 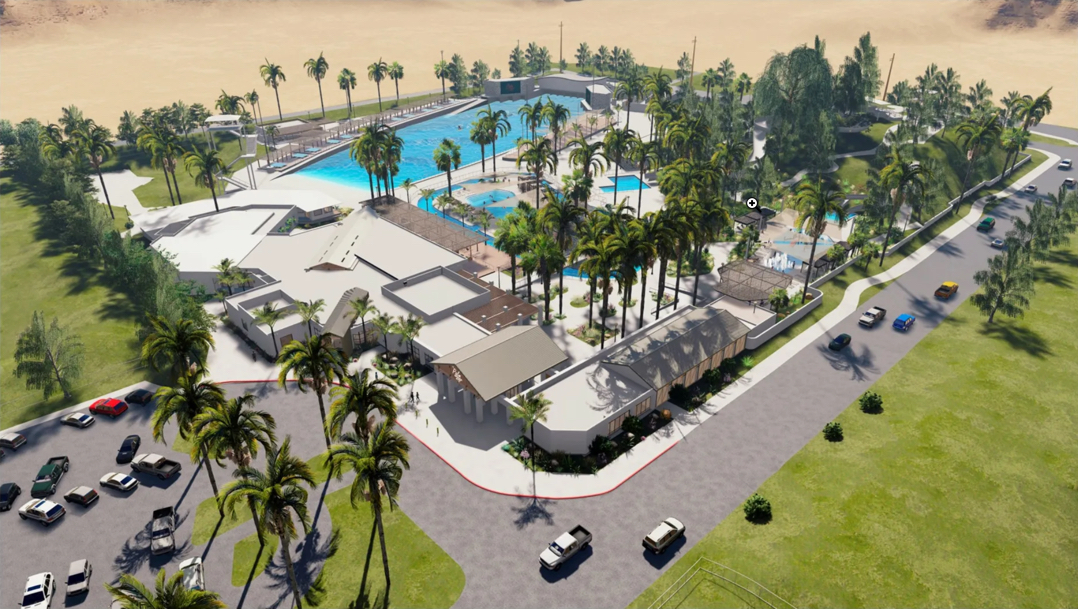