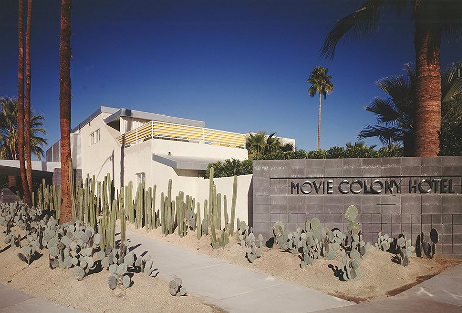 The Movie Colony is a neighborhood in the City of Palm Springs, famous for the movie stars who had homes here between the 1930’s and the 1960’s. Frey studied under Le Corbusier in Paris before moving to the United States.  Soon after he discovered Palm Springs and fell in love with both the desert and the opportunity to create extraordinary mid-century architecture. The Movie Colony Hotel was one of Frey’s first projects and was very dear to his heart long after completed.

Years later, it became a haven for iconic celebrities such as Frank Sinatra, Dean Martin and Jim Morrison.  Most recently the property was restored to its original grandeur of Desert Modernism that continues to evoke a feeling of simple elegance and informality, which is just what guests will experience during their stay here at the Movie Colony Hotel.